Art Studio from Kyoto Japan passionated in creativity since 2010. 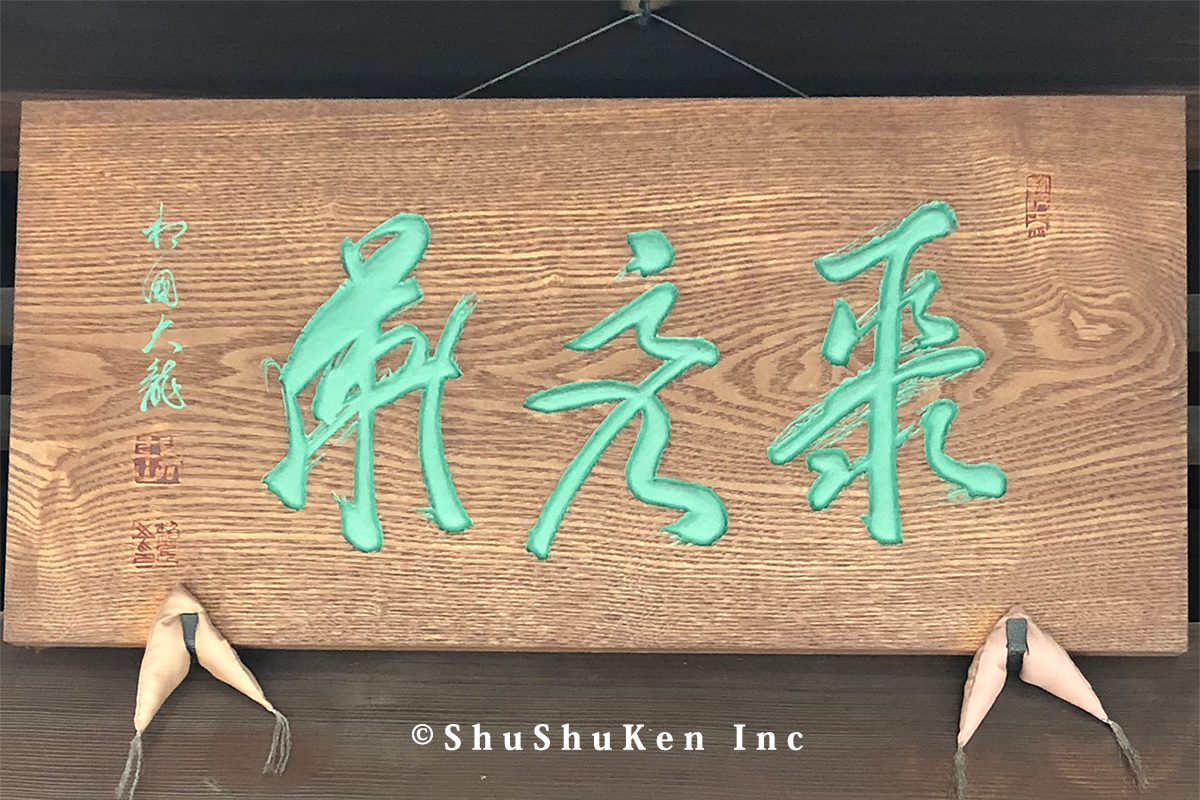 Protect and Inherit the tradition

SHUSHUKEN started from as a project called “Hyakunin-Hyakkyo”, one of a Kyoto city winter program which was held from the winter of 2005 to the spring of 2006. We participated in that event as an experimental project team based on Kyo-Machiya (Traditional Kyoto style house). Since then, in every autumn between 2006 and 2010, we had continued that experimental project such as Hyogu (paper hang) workshops, demonstrations of a Buddhist statues sculptor, Kyo-kazari (Kyoto traditional metal work) and Kumiori (Traditional fabric making) which was organized by Japanese traditional crafts association. After that, we set up a company to continue projects for ourselves, also in order to be handed down historical records of Kyoto traditional industries to future generations. We also would like to introduce materials and products those are used in traditional industries through our business. Our mission is rediscover values of Traditional arts and crafts, and take over it. 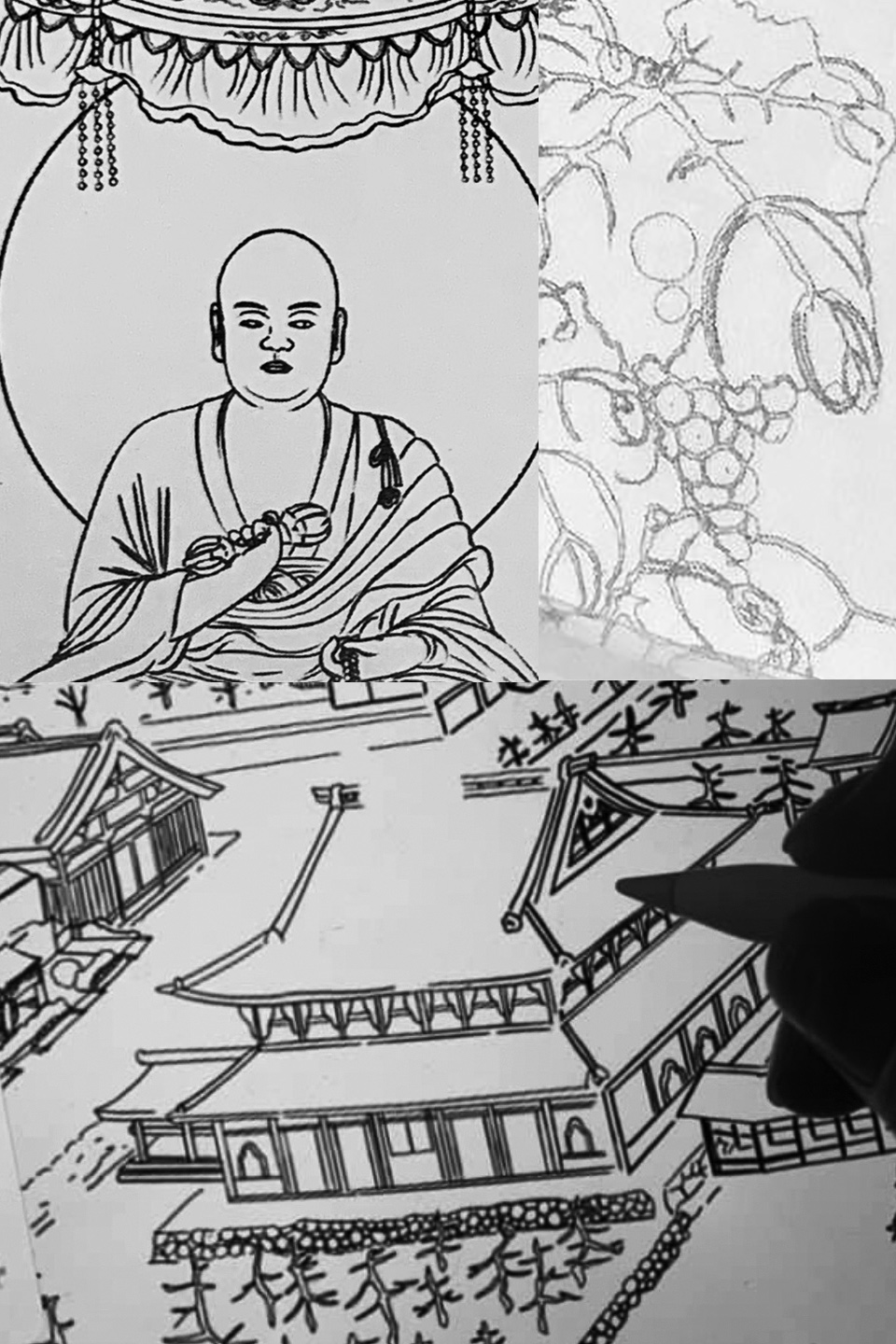 ーEvery Day Is a Good Dayー 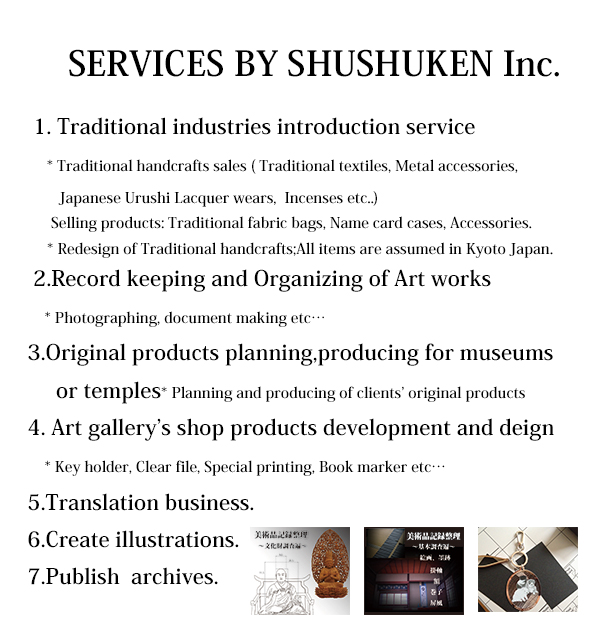 この度は、弊社サイトにお越し頂きましてありがとうございました。Shop ShuShuKenでの商品についてのお問い合わせはこちらよりお願いします。その他のお問い合わせに関しましては、こちらの専用フォームよりお問い合わせ下さい。Thank you for visiting our web site. If you have any inquiries, please click the "Contact us" below.